Willie Alexander – a local Boston Rock & Roll, punk, garage, legend – and Mystery Train Records regular, let us take a look at some of his finds in the shop.

Willie “Loco” Alexander has been making his presence known since the 60’s in bands like The Lost, Bagetelle, The Velvet Underground, Willie “Loco” Alexander and The Boom Boom Band, and The Persistence of Memory Orchestra. A serious music lover, he’s dedicated his life to listening to exploring all types of music (jazz, Latin, hip hop, punk, and everything in between) and creating some of the most unique music we’ve heard. Not just limited to music, Willie also recently had a show in NYC of his collage work (much of which adorned the Mystery Train window previously), and put out his own zines for years.

Whether dropping by to give us a sneak peak of newly recorded tracks, or stopping in to hunt for some new sounds, a visit from Willie is always interesting and inspiring.

*For some reason the photos of Willie with SHOW TIME AT THE DRUMBEAT LP (“Goombay music…used to listen to this with Dirty Eddie around ’61…”) and TITO RODRIGUEZ “RETURNS TO THE PALLADIUM – LIVE!” LP (“One of my heroes from my high school days when I started to listen to Afro Cuban music…used to listen to Tito with Don Alias who later left town to play with Nina Simone…”) got lost. I’ll put them up if I find them! 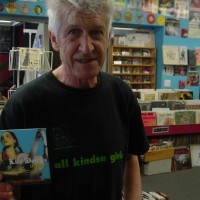 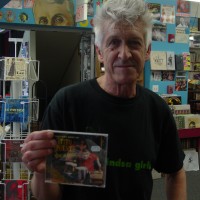 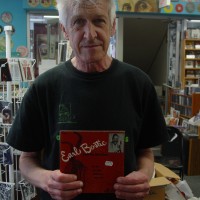 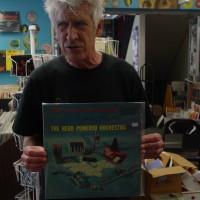 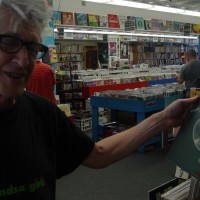