Tony Goddess, former Mystery Train employee, musician (Papas Fritas, The Rudds, The Goddesses and more), and owner of Bang-A-Song Studio is the man. Always ready to talk music, here Tony talks about some of his favorites from a production point of view. Check out his website for more info…

Here are ten records Mystery Train had in stock on 5/1/13 that I love for their PRODUCTION….along with everything else about them: 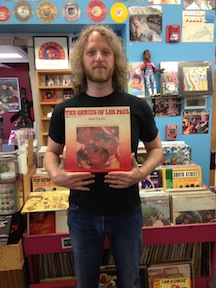 Les Paul “The Genius Of…”: Tape based production starts here. Sure bands had performed live and the best takes were edited together, but here are the first multi-tracked, vari-speeded, echoed, phased/flanged/chorused records ever made….I think Bill Putnam had put reverb on his mixes before Les but otherwise, you can’t say it enough. Popular record production starts here. 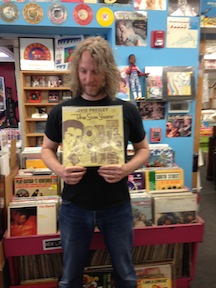 Elvis Presley “The Sun Years”: After Les Paul’s many innovations Sam Phillip’s “slap back” echo is the production touch that changed the world. 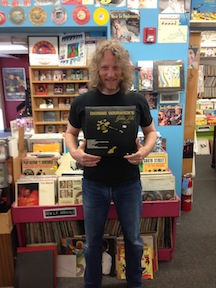 Dionne Warwick “Golden Hits”: No tape trickery here. This is the opposite approach from the Sun Sessions. No jamming around looking for inspiration and covering it in echo. Burt Bacharach took his and Hal David’s deceptively complex songs and wrote airtight arrangements, hired incredible singers, players and engineers and worked their collective asses off until they captured these performances which topped the pops time and time again. 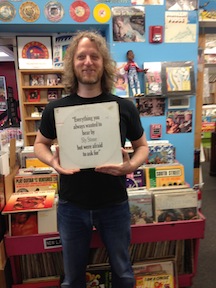 Sly and the Family Stone “Everything you always wanted to hear by Sly Stone but were afraid to ask for”: This is my first time seeing this record! Seems to be an industry promo hits sampler that goes up to Fresh. The creative run from Underdog to Fresh is as innovative and musically expansive as any other in popular music: The Beatles seven years of making records, The Beach Boys from “Surfin” to “Surf’s Up”, The Stones up thru ’72. For today’s popular music the single most influential artist of all time hands down is Sly Stone. 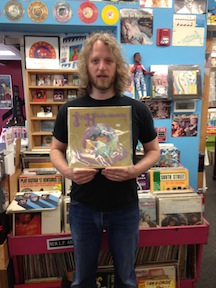 The Jimi Hendrix Experience “Are You Experienced?”: 1967 produced the two most influential psychedelic albums of all time: The Beach Boys SMiLE and this one. At the same time Brian Wilson was exploring how deeply the studio could be used as an instrument to create incredibly vivid sound pictures through production and arranging processes Jimi was doing the same thing with only one instrument, a great rhythm section and a little bit of Eddie Kramer’s studio magic. People saw trails from Jimi’s guitar and rock music was changed forever. 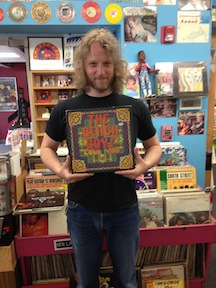 The Beach Boys “Love You”: This is already a classic record because of the Brian Wilson chord changes and his incredibly direct lyrical perspective but the production choices are so extreme it challenges nearly every notion of what production is. Kinda like Smiley Smile did….but with synths instead of organs. 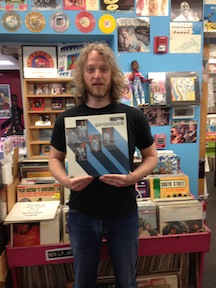 The Spinners “s/t”: Motown brought harmonic sophistication to r&b grooves first but after them the records Gamble and Huff made at Sigma Sound became the dna of disco, dance, urban, eighties pop, modern r&b, quiet storm and beyond. Sly’s influence is more singular and profound but this music’s reach is so omnipotent and smooth you don’t even notice it. 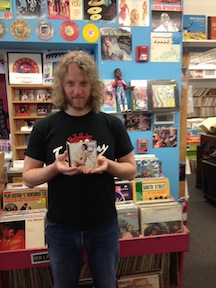 Prince “Lovesexy”: I heard Prince and the Revolution before I heard Sly and the Family Stone and was relieved to know he didn’t COMPLETELY invent his whole new thing even if he played all the instruments. How’s this for the Producer being in charge? On cd it’s one forty-five minute track–you must listen to the whole album! Luckily on vinyl all is good. Especially since “Dance On” starts side 2. 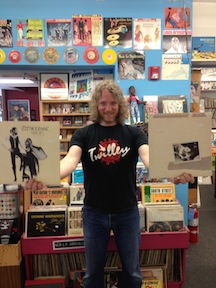 Fleetwood Mac “Rumours” & “Tusk”: As productions, one is the perfectly rendered passion painting and the other is the unframed, bloody canvas with every stroke visible. 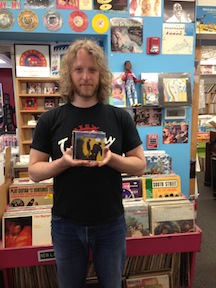 The Flaming Lips “The Soft Bulletin”: This record and Yoshimi took melodic pop/rock as far out as it’s gotten in this century and that that finally made them the most popular band of The Years Before Punk Broke save Nirvana is a beautiful thing!